The story of Metal Express began in 1985, when Stig G. Nordahl started doing Hard Rock shows on FM radio, serving Oslo and surrounding areas in Norway. The shows had various names until Nordahl settled on the name Metal Express in 1992, and added “Radio” to the name in 2000. Metal Express Radio was taken to the Internet in 2000, and became one of the first interactive websites for Hard Rock and Heavy Metal, with streaming audio on demand.

Because of its 30+ years in existence, Metal Express Radio has been able to establish and continuously nurture on-going relationships with virtually every band/artist and record label falling within the Hard Rock/Heavy Metal music genre. These ongoing relationships have allowed Metal Express Radio to legitimately boast it possesses the largest inventory of Hard Rock and Heavy Metal music on the Internet (approximately 70,000 tracks in our library).

The Metal Express Radio crew is currently comprised of Metal gurus from the United States, Norway, England, Germany, and Sweden. All of this industry experience and goodwill between our management and the bands/artists and record labels translates to MetalExpressRadio.com being the “Ultimate Heavy Metal Website!” 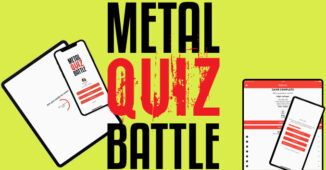 Fuck it — it’s rock & roll! There’s two kinds of music — music you like and music you don’t like.